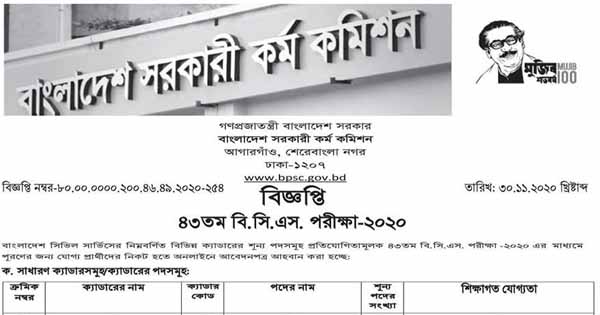 The government action commission (PSC) is scheduled to publish the notice of the 43rd BCS within the month of September. Meanwhile, the constitutional body has demanded 1814 vacant cadre positions from the Ministry of Public Administration for the new BCS exams. Meanwhile, a special BCS has been sent to the PSC from the Directorate of Secondary and Higher Education because of the teacher crisis in the colleges. However, there is no possibility of making the 43rd BCS special.

Asked about this, Chairman of PSC Dr. Mohammad Sadiq told Ittefaq, “I have received the demand for the BCS. Preparations have been made to complete the BCS in general. I hope to be able to publish the
43rd BCS notice by September. ” 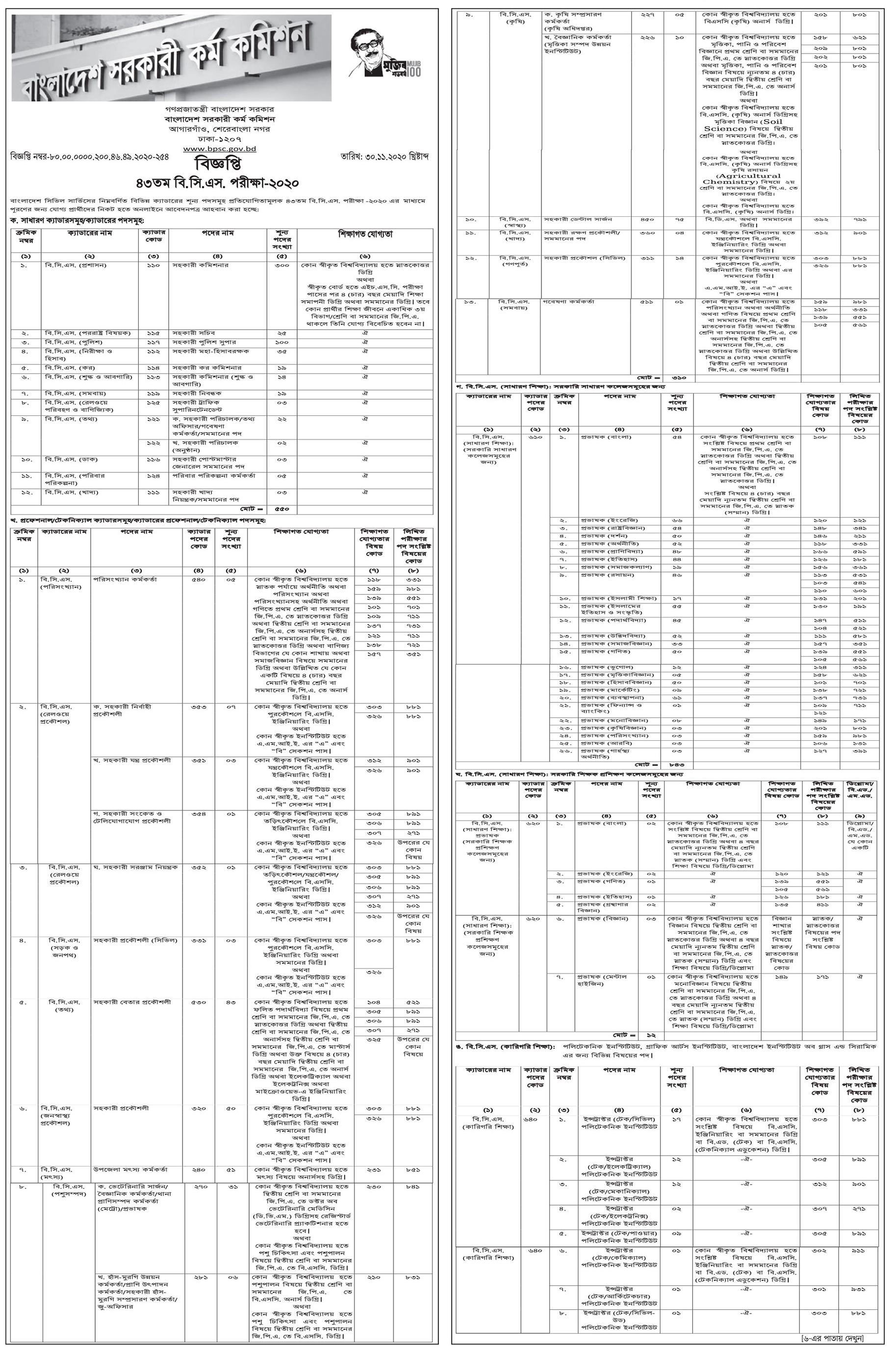 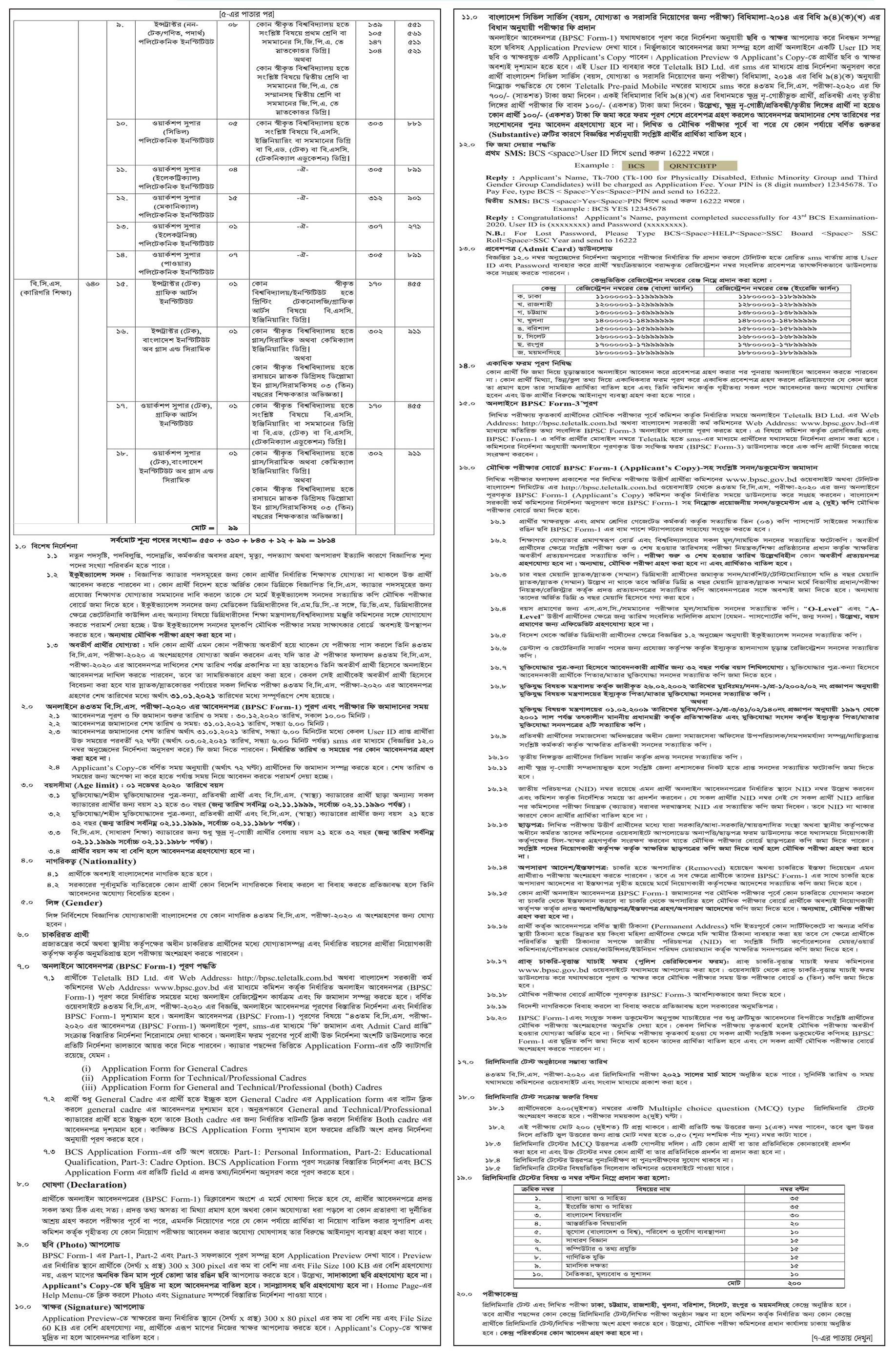 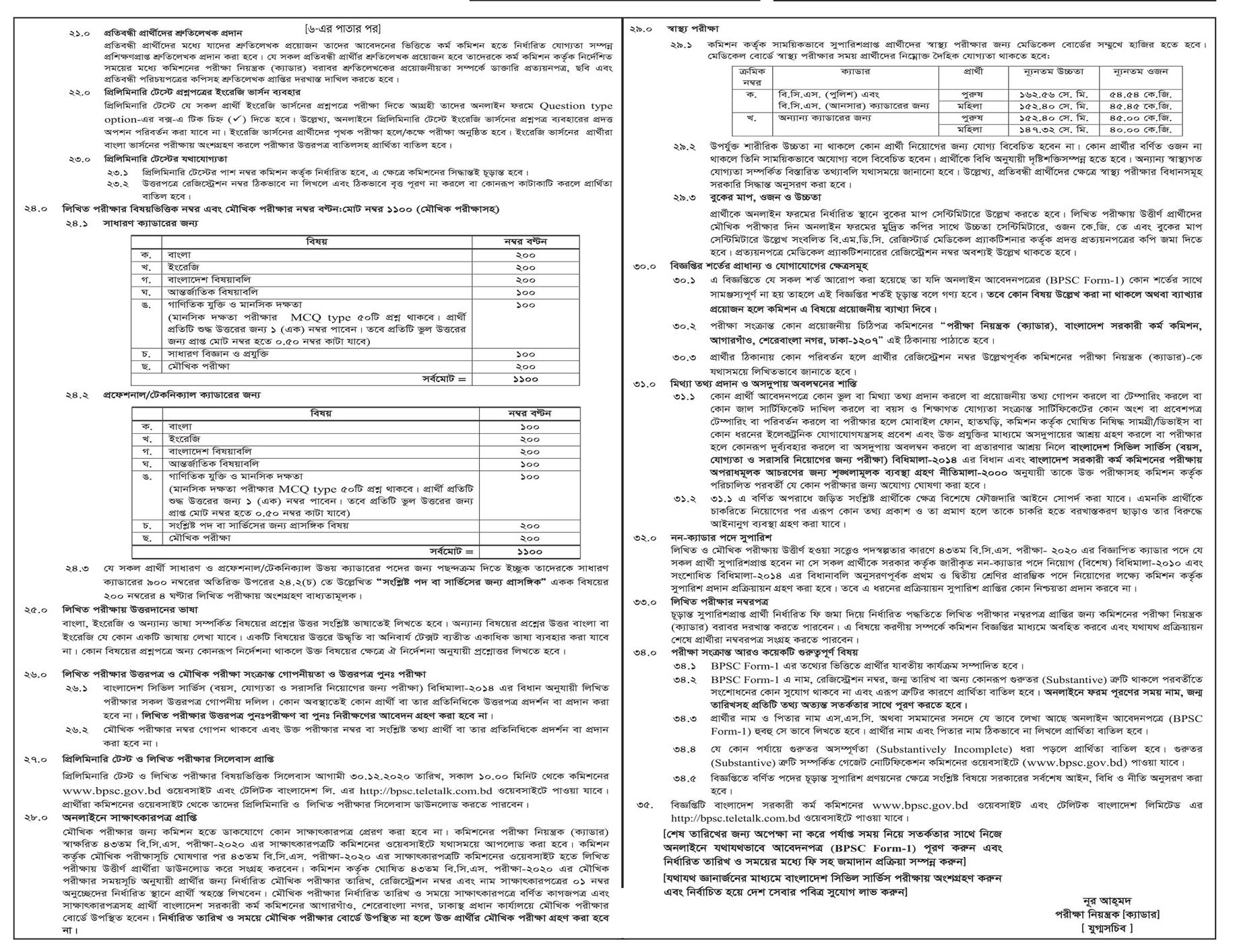 The 43rd BCS held this year was ordinary but the 39th BCS was special. Moreover, immediately after the demand for the vacant post of the 43rd BCS from the Ministry of Public Administration, the BPSC prepared to organize the general BCS. But due to the shortage of teachers in the government colleges, a special BCS examination was arranged to send a demand letter to the PSC from the Ministry of Education recently.

The PSC concerned said that conducting special BCS exams requires six months to conduct the verification and testing activities, including modification of the rules. However, there has been no demand from the Public Administration Ministry at PSC for organizing special BCS for appointing teachers. However, the demand for recruitment has been sent to various cadres. Because of this, preparations have been started from the last two to three months before conducting the 41st BCS exam. Notice of the exam will be released in early September next.

About this, Chairman of PSC Mohammad Sadiq said, “We are aware of the crisis in the government college teachers. There is a special BCS in our plan for hiring teachers. Appointment notices will be issued after receiving instructions. ‘

In the 43rd BCS, there will be 323 appointments in the administration cadre, 25 in the foreign cadre and 100 in the police cadre as assistant police superintendents. Apart from this, the vacant positions include – 23 in Customs and Excise, 60 in Tax Cadre, 23 in Ansar, 25 in Audit and Accounts Cadre, 8 in Co-operative Cadre, 12 in Statistical Officer positions, 189 in Information Cadre, 47 in BCS Agricultural Cadre, 04 in Assistant Health Cadre. Assistant Surgeon of Cadre, 140 of Dental Surgeon and 892 in General Education.

The Most Visited and Most Popular Websites in Bangladesh